As a result of legislation enacted in 1994, Michigan protects against the crime of vulnerable adult abuse and establishes penalties for varying degrees of the abuse. A vulnerable adult is defined as someone over the age of 18 who because of age, developmental disability, mental illness or physical handicap, requires supervision or personal care, or lacks the personal and social skills required to live independently. Currently, vulnerable adult abuse in the fourth degree applies if physical harm is caused to a vulnerable adult by a caregiver or person of authority as a result of a reckless act or failure. Under House Bill 4550, sponsored by Representative Derek Miller (D-Warren), the crime would also extend to acts knowingly or intentionally committed by a caregiver or other person with authority that poses unreasonable risk or harm to a vulnerable adult, regardless of whether or not physical harm occurs. This week, the Michigan House Criminal Justice Committee approved the bill by a unanimous vote. Michigan Catholic Conference supported the measure, which takes greater steps to protect vulnerable adults from harm. The bill now awaits further consideration from the full House. 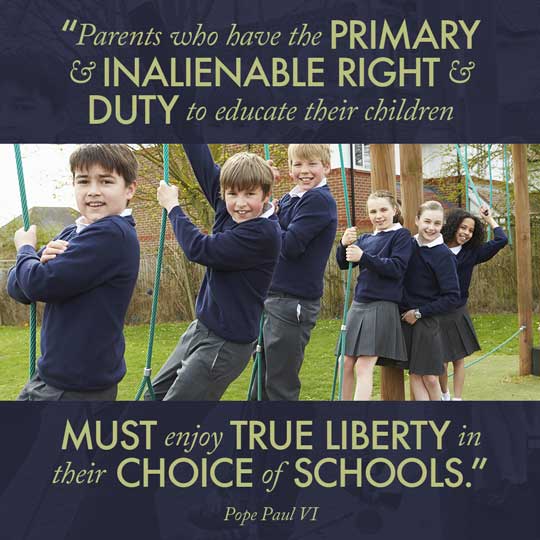 On Wednesday, October 28, the Catholic community celebrated the fifty year anniversary of Pope Paul VI’s statement on Christian Education, Gravissimum Educationis. The statement focuses on a number of issues related to education, including the role of parents, the purpose of Catholic education, and the value of an education centered on God and the development of the human person. In honor of the anniversary, Pope Francis established a foundation bearing the same name as the document that is charged with the task of promoting Catholic education across the world. The pope also thanked the Congregation for Catholic Education for all the initiatives they have organized to commemorate the anniversary.

To learn more about the importance of Catholic education and school choice in Michigan, read MCC’s FOCUS “Catholic Schools: Developing Hearts and Minds of Faith”.

The chairman of the USCCB Committee on Migration, Bishop Mark Seitz of El Paso, testified before the U.S. Senate Committee on Homeland Security and Governmental Affairs this week regarding the ongoing migration of children and young adults from Central America. Bishop Seitz spoke about the importance of protecting the unaccompanied children and families as they flee persecution and violence in their home country. During his testimony, Bishop Seitz echoed Pope Francis’s words before Congress in September, saying that with regard to unaccompanied children and families, “the yardstick we use for others will be the yardstick which time will use for us.”