In March, Representatives John Fleming (R-LA) and Vicky Hartzler (R–MO) introduced the Conscience Protection Act of 2016 (H.R. 4828), which would protect health care providers from being forced to pay for or participate in abortions. Similar legislation has been promoted in past sessions. Currently, the federal Weldon Amendment forbids governments receiving health care funds to discriminate against those who decline to take part in abortion or abortion coverage, but legal weaknesses in the amendment make it largely ineffective. This act would allow victims of discrimination a “right of action” to defend their rights in court, which will ensure that conscience rights are protected. Please consider sending a message of support to your U.S. Representative in support of the legislation and urge them to become a co-sponsor.

Last week, Catholic Relief Services posted a short educational video on human trafficking. The video also encourages individuals to email their members of Congress in support of the The Business Supply Chain Transparency on Trafficking and Slavery Act (H.R. 3226 and S. 1968). This legislation would require companies to make information about their products’ supply chains public to ensure their products are not the result of child and forced labor or human trafficking. Catholic Relief Services and the U.S. Catholic Bishops support this legislation, which helps to fight conditions that allow human trafficking to exist. Thank you for your action. 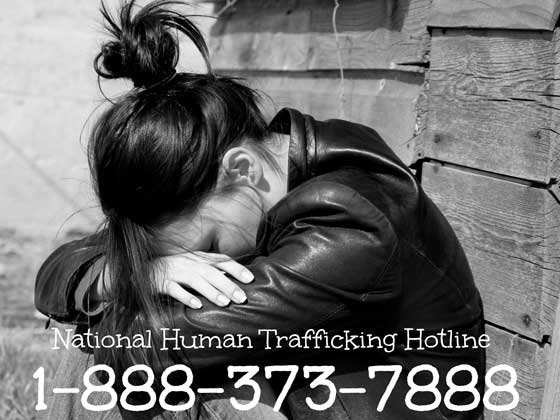 Governor Snyder has signed House Bill 5107 into law as Public Act 62 of 2016, which requires the National Human Trafficking Hotline (1–888-373-7888) to be posted in places such as state rest stops and welcome centers, public bus or rail stations, adult entertainment establishments, and public airports across Michigan. The bill received a unanimous vote in the Michigan Senate and a 99–9 bipartisan vote in the House. MCC staff is thankful to the measure’s sponsor, Representative Kurt Heise (R-Plymouth), for his leadership, as well as to all those who supported this important awareness and safety measure.

Today Pope Francis issued a new apostolic exhortation, Amoris Laetitia (The Joy of Love). The purpose of this document is to communicate the pope’s conclusions from recent synods on marriage and the family to the Catholic Church as a whole. First, in October 2014, Catholic bishops from around the world came together for a synod on “the pastoral challenges of the family in the context of evangelization.” Then, in October 2015, the bishops met to discuss “the vocation and mission of the family the Church and in the contemporary world.” Amoris Laetitia incorporates the discussions and recommendations of these two events, with a particular emphasis on love and what it means in the day-to-day reality of marriage and family life. The U.S. Conference of Catholic Bishops (USCCB) welcomed the new document and encouraged all Catholics to take the time to read the exhortation carefully. Bishop Richard Malone of Buffalo, NY, chairman of the USCCB Committee on Laity, Marriage, Family Life and Youth, called the document “an inspirational aid” to those accompanying couples, both in their marriage preparation and throughout their married life.