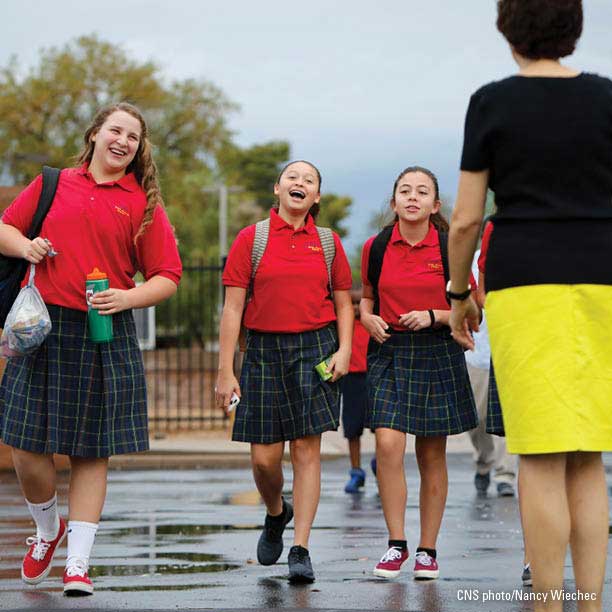 On June 27, Governor Snyder signed Public Act 249 of 2016 into law, which included the state education budget for 2016–2017. Section 152b of the act contained $2.5 million to reimburse nonpublic schools for costs associated with completing health, safety, and welfare mandates from the State of Michigan. Michigan Catholic Conference (MCC) strongly advocated throughout the budget process for the inclusion of this funding, which helps to protect and care for all Michigan children, regardless of where they attend school. Governor Snyder requested an advisory opinion on the constitutionality of the funding on July 13 from the Michigan Supreme Court. In response to this request, the Court asked for interested parties to file briefs. MCC submitted its amicus brief to the Court last week on August 25.

“The brief identifies constitutional precedence for state funding to nonpublic schools for activities incidental to education. Public monies appropriated under Section 152b do not ‘aid or maintain’ any nonpublic school, employ any person at a nonpublic school or fund any student’s attendance at a nonpublic school. We have urged the Court to accept the Governor’s request for an advisory opinion and to issue a ruling that recognizes Section 152b ensures the health, safety and welfare of every Michigan student, regardless of where they attend school.”

Now that briefs have been filed, the Supreme Court will first have to decide whether or not it will issue an advisory opinion. If the Court does decide to issue one, the opinion will address whether or not the Court believes the funding is allowed under Michigan’s Constitution. MCC will send along further updates as they are available.

In honor of the celebration of Labor Day, the U.S. Conference of Catholic Bishops have released a statement recognizing the dignity of work and highlighting the connection between current economic pressures and stresses on the family. The statement from Archbishop Thomas Wenski of Miami, chairman of the Committee on Domestic Justice and Human Development, provides a message of hope and solidarity from the Catholic Church for those experiencing isolation in today’s economy.

"For those who feel left behind today, know that the Church wants to walk with you, in the company of the God who formed your 'inmost being' and who knows that you are 'wonderfully made.' (Psalm 139:13–14)."

The Word from Lansing Column: Love and Peace in the Midst of Violence 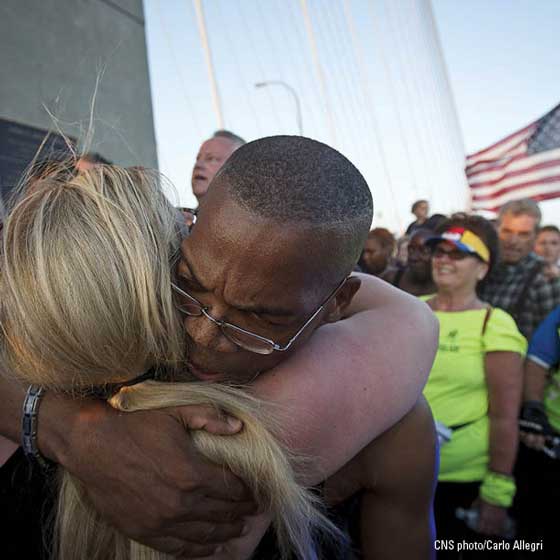 In July, the U.S. Conference of Catholic Bishops announced the formation of a task force led by Archbishop Wilton Gregory of Atlanta to engage critical issues such as race relations, economic opportunity, restorative justice, mental health, and gun violence. Addressing these issues, especially in light of recent shootings, requires an openness to dialogue across communities. MCC’s monthly column highlights the need for all people to create a culture of life and speak out against violence. Dioceses and people of faith also have the opportunity to promote unity and reject violence by participating in a Day of Prayer for Peace in Our Communities. The Day of Prayer will take place on September 9, the feast of St. Peter Claver.

The National Institutes of Health (NIH) recently announced its intention to lift the moratorium on funding research that involves injecting human embryonic stem cells into animal embryos. The research, if allowed, would create part-human and part-animal organisms known as chimeras. As a result, for the first time, the federal government will begin spending taxpayer dollars on the creation and manipulation of new beings whose very existence blurs the line between humans and non-human animals. NIH is currently offering a public comment period that will continue until September 6, 2016 at midnight, to offer individuals a chance to weigh in on this proposal. For those interested in raising their voices on this important human life issue, public comments may be submitted electronically or by mail. A suggested message and instructions on how to submit comments, as well as further information about the ethical issues involved in this type of research may be found at the Human Life Action Center, which works closely with the U.S. Conference of Catholic Bishops. 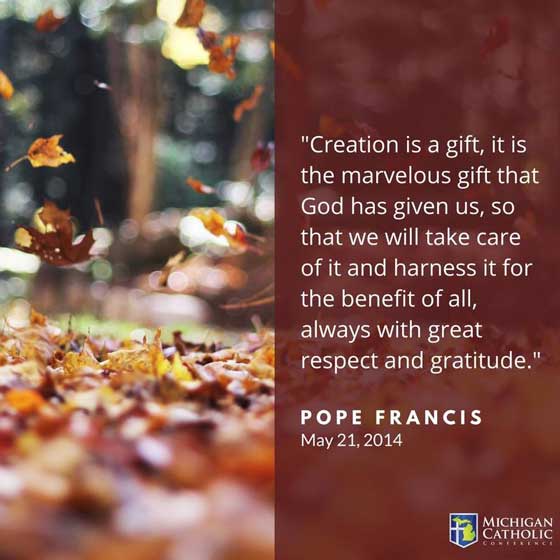 On Thursday, September 1, the Catholic Church celebrated the “World Day of Prayer for the Care of Creation,” joining with the Orthodox Church, as well as other Churches and Christian Communities. Pope Francis gave an address in celebration of the day, encouraging all to participate in acts that care for creation:

“The resolve to live differently should affect our various contributions to shaping the culture and society in which we live. Indeed, ‘care for nature is part of a lifestyle which includes the capacity for living together and communion’ (Laudato Si’, 228). Economics and politics, society and culture cannot be dominated by thinking only of the short-term and immediate financial or electoral gains. Instead, they urgently need to be redirected to the common good, which includes sustainability and care for creation.”